College football is a beautiful thing. But in light of the constant controversy in regards to rankings, biases, politics, and snubs, I think everyone agrees that it could be so much better.

A couple years ago I wrote an article about re-vamping the Playoff System, but I’m not messing around anymore. Here’s a fix to the entire NCAA College Football system!

Before launching into this, here are a couple of things to keep in mind:

Many people don’t realize this, but including FBS (Division I-A), FCS (Divisionn I-AA), Division II, and Division III schools, there are around 780 NCAA football teams in the country. The proposed solution I detail below is a comprehensive system that includes all of these teams.

Currently, teams play 12-13 weeks of football each season, not counting the Bowl Games or the current 4-team playoff. The system below expands the Playoffs while still keeping the same amount of football played (so any of the “we can’t have the kids play more football!” people can stop right there).

Here’s how it would work:

Divide the ~780 college football teams in the country equally into 8 Regions.

The eight regions would be North, East, South, West, Central, New England, Southeast, and Southwest. Regions would have around 100 teams each, and would be adjusted to remain relatively equal in size as smaller universities gained or lost football programs.

Divide each Region into 8 Divisions, with 96 total teams (12 from each Region) in each Division.

The 12 “best” teams from each Region would be placed in Division 1, the next best in Division 2, and so on through Division 8. The lowest division would need to be tweaked since it wouldn’t always work out to have 96 teams. If enough Universities added football programs, Division 9 could be created. Here’s a rough example of what Division 1 would look like in its first year:

This list is obviously rough and not definitive and it only addresses Division 1. Most of the the smaller schools that you’ve never heard of would be playing in lower Divisions. And as noted below in the “Relegation” section, these Conferences would not be permanent!

In Year 1 there could of course be a large committee that formed these Regions to make sure that each were relatively balanced, that enough rivalries were preserved, and that travel distance made sense for everyone.

Conferences would include the 12 teams in the same Region and the same Division.

Weeks 1-11: All teams from the same Conference play against each other.

Week 12: Conference Pride Week and Playoffs Round of 16.

Week 13: Exhibition/Rivalry Week and Playoffs Round of 8.

The teams from the Conferences with the better 7-year rolling count of wins from Conference Pride Week would get home field advantage during this round of the Playoffs!

All teams that were not in the Playoffs, including the 8 teams that lost in the Round of 16, would play in an optional exhibition game in this final week of the season. This game would most-likely be used for historical rivalry games that did not happen during the season for whatever reason.

This would remain similar to the current format of Bowl Games. To be eligible to play in a Bowl Game, teams would be required to finish in the #1, #2, #3, #4, #5, or #6 position in their Conference. The 4 teams who were still in the Playoffs would not play in an extra Bowl Game. It would not be hard to set these Bowl Games to be automatically selected (example, the #3 North team plays the #3 South team in the Sun Bowl, etc), or by selection of the most juicy match-ups or historical rivalries.

Playoffs Round of 4, Playoffs Championship Game

The Final 4 Playoff teams would play in two semi final games and then one final game to determine the undisputed winner of each Division of College Football! To that point there would be zero statistics, rankings, opinions, or committees involved. Just wins.

My favorite part. This pulls from the highly-effective system that much of the world uses for soccer. Each season, the #11 and #12 ranked teams from each Conference would be moved down to the next lower Division in the same Region for the next season. The top two teams from each Conference would move up to the next highest Division. Teams that are moved down from D-1 to D-2, for example, could earn their way back into D-1 by finishing in the top 2 of their Conference during the next season. Week 12 Conference Pride Week games, Week 13 Exhibition/Rivalry Games, and Bowl Games would not be taken into account for relegation.

Reasons I Love This:

There is ZERO politics involved

If a team thinks they are the best, they just have to finish #1 or #2 in their Conference and then win in the Round of 16, Round 8, Round of 4, and the final game. They are then the best! It doesn’t matter who you played or your strength of record or your ranking or the history of your program. Just win baby.

Every week will be crucial. No more of those FCS-filler games that the SEC usually does (does anybody enjoy watching Alabama crush Citadel?). Losing a Conference game may knock you out of the top 2 spots. Or worse, it may knock you into the bottom 2 spots! There will be a constant battle at the top of the Conference for advancement to the Playoffs and for home field advantage in the first Playoff game, at the bottom of the Conference to not get relegated to a lower Division the next season, and in the middle of the Conference to end ranked #6 or better to be bowl eligible.

Conference Pride Weekend would be insane!

Week 12 of the season would be the greatest week of the year. Not only would there be the Round of 16 Playoff Games, but the pride and dignity of your team’s Conference would be on the line! All teams in the Conference would be going into battle for the North or for the South or for the East or for the West, etc. How much would it suck to know that you caused your Conference to be seen as the weakest in the nation! And how much pride would teams have knowing that their victory contributed to statistical proof that theirs was the best conference! Since the games you played today would stick around for 7 years, each game would matter.

Can you imagine a Conference sweep? Oh the highlights and the commentary and wound-licking that would ensue!

Since teams that were not relegated would be playing at least 9 teams that they played the season before, intense Conference rivalries would develop.

Currently, I have no idea who even plays in the FCS or in Division II or III. But if teams I knew such as Rutgers or Illinois or Vanderbilt (or heaven forbid my Ohio State) were getting relegated into Division II, I might actually peak in to see which teams were winning their Conference, if my favorite region was dominating the Conference Pride week counts in that Division, who made the playoffs and will be joining my team in D-1 the next year, etc.

Accountability for the bad “Big Wigs”

Currently there are Power 5 D-1 schools who are constantly awful and seemingly are fine with that fact. I’m looking at the Kansas, Illinois, Oregon State, and Vanderbilts of the world. But they remain in the FBS simply because that’s the way things are. Not anymore! If a school doesn’t value winning football games, they will soon find themselves relegated to D-2, and a hot D-2 school will take their place! The big wigs will have to earn their way back.

Glory for the bad “Big Wigs”

On the same token, bad “Big Wigs” could have decent shots to win the D-2 leagues! How fun would it be for a team like Vanderbilt or Kansas to go undefeated in D-2 and go on to win their Playoffs and get all hyped up to be going back to D-1 on a high. It would be a great jump start to many programs.

As mentioned before, there are no politics involved. If a D-3 school somehow gets insanely good and finishes top 2 in their Conference, they bump up to D-2. Say they then finish top 2 in D-2 the next year- then they go up to D-1. And all of a sudden they have our attention! We would learn about that school and where they are from and how the heck they got so good. And they’d have an equal shot at making the D-1 playoffs along with the Alabamas and Ohio States of the world. And they’d get solid recruits and be able to change the whole program around for a long time. This would be the Cinderalla stories of March Madness on steroids!

Easy for Schedulers and Logistics

All Conference games would be pre-scheduled based on your ranking from the previous year. All Conference Pride games would be automatically set, based on who matches your ranking in the paired conference. The only game to schedule would be the Week 13 exhibition/rivalry game. Some of these would need to be changed last minute based on who advanced in the playoffs, but that is a small price to pay for not having to worry about scheduling for the rest of the season.

The points differential tiebreaker would keep games interesting to the end, even in blowouts

Every single point would matter! Even in blowout games, the winning team would be trying to destroy the other team by even more in order to increase their differential. And the losing team would be equally-incentivized, since every lost point and every Field Goal they could scrape together could be the difference between relegation or a chance to stay in D-1 for the next year. Teams would be playing for something every single second of the season.

Balanced Conferences are no longer punished

The current system rewards top-heavy conferences. In other words, if a conference has one or two good teams and many bad teams, then it’s more likely to produce an undefeated or 1-loss team, because it was easy for them to beat up on the bad teams. If a conference has 6 or 7 great teams that all beat up on each other, then the best team will probably finish with 3-4 losses and therefore does not make the Playoff or even get much recognition for being a great team. Why would we punish Conferences for having balanced, good teams in it? The new system guarantees that the top 2 teams in each Conference make the Playoff, and their home field advantage in the playoffs is not reliant on their record.

Do I realize that this will never happen? Yes.

Do I think that it’s glorious and exciting and perfect? Also yes. 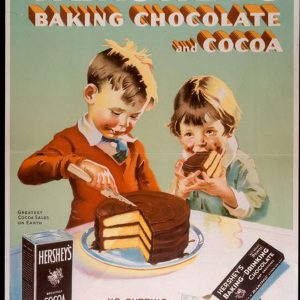 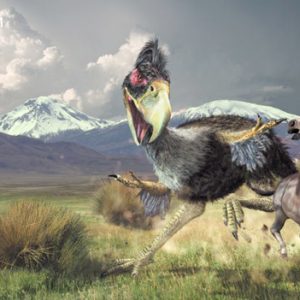 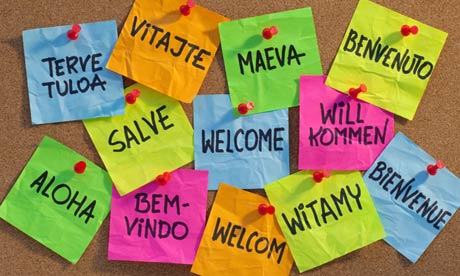 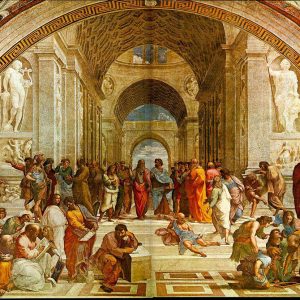 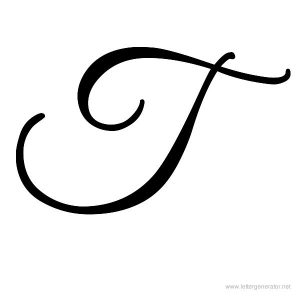 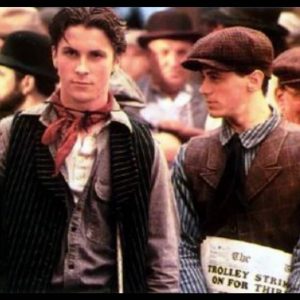 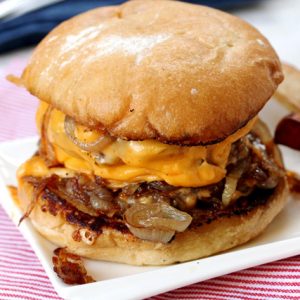 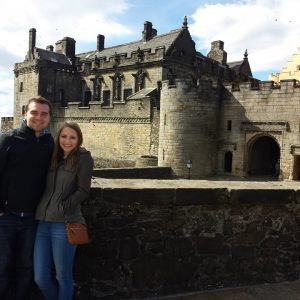